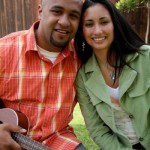 This weekend I was in Seattle working as a rover therapist at an Art & Science of Love Workshop organized by the Gottman Institute. As I watched and assisted couples doing the exercises and interventions, I was reminded of what first attracted me to Gottman Method Couples Therapy: it is dyadic rather than triadic. That is a fancy way of saying that it is about what happens between the couple (the dyad) rather than between the therapist and the couple (the triad). In contrast to other marital therapies that rely strongly upon the skills of the therapist in session, Gottman Method Couples Therapy is about giving the couples the skills that they need to improve friendship and intimacy and to manage conflict better themselves in and out session so that they no longer need the therapist. In practice, rather than engaging the couple with him- or herself, the therapist is constantly helping them better engage with each other. Perhaps that is what is distinctive about Gottman Method Couples Therapy and why the Art & Science of Love Workshop has been shown to produce positive results for 86% of those who attend and to achieve results similar to those of 6 months of therapy.