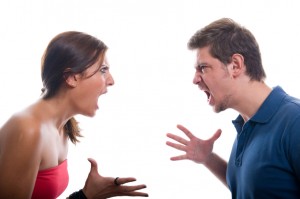 Couples therapy for intimate partner violence? Don’t they have to be treated separately? Contrary to popular thought, couples therapy is both appropriate and more effective than single-gender treatment in cases of situational couple violence. Therefore, I would like to propose Gottman Method Couples Therapy (GMCT) as a treatment for intimate partner violence (IPV) in cases of situational couple violence.

First, consider this hypothetical example. Jane and Joe are in their early thirties. They have been married for 8 years and have two children, a son, age 7, and a daughter, age 4. Their first couple years of marriage were good, until Joe had an attraction to and flirtation with another woman in year 3. Jane was quite upset and considered leaving at the time, but decided to stay in the marriage. However, she has had difficulty trusting Joe and has been somewhat controlling ever since. Jane can be rather critical and contemptuous; Joe is highly defensive and can stonewall. They both drink, and, when they do, Jane often brings up the past and it ends in an argument. On several occasions, Jane has hit and slapped Joe in anger; Joe has physically restrained Jane.

The last time they fought, Joe held Jane down on the bed for 5 minutes while he yelled at and threatened her. The neighbors called the police, Joe was arrested and charged with domestic violence, and Child Protective Services removed the children from the home.  Both Jane and Joe have been sober for two months, want to stay in the relationship, maintain their sobriety, and regain custody of their children. What kind of treatment would be most appropriate for them? A traditional batterer intervention for Joe and victim support for Jane or systemic couples therapy?

Traditionally, treatment of intimate partner violence has focused on a single-gender approach, usually with the male as the offender and the subject of treatment and the female as the victim. However, a 2012 review of the literature on IPV by Stith, McCollum, Amanor-Boadu, & Smith found that research continues to document the limited effectiveness of single-gender treatment approaches for offenders (pp. 220, 224). Meta-analyses of batterer intervention programs demonstrate that the treatment effects of such programs are small to non-existent.

The discussion of intimate partner violence has expanded to different typologies of violence—both types of violent offenders and violent relationships. Johnson and Ferraro (2000) identified four types of violent heterosexual couples: those experiencing “situational couple violence,” “intimate terrorism,” “violent resistance,” and “mutual violent control.” Situational couple violence “is not connected to a general pattern of control” and “arises in the context of a specific argument in which one or both partners lash out physically at the other” (Johnson & Ferraro, p. 949). It is hypothesized to be the most prevalent form of relational violence. In contrast, the distinguishing feature of intimate terrorism is “a pattern of violent and nonviolent behaviors that indicates a general motive to control” (p. 949). Violent resistance involves violence that is enacted to resist intimate terrorism and may have the primary motive of wanting to protect oneself (Johnson & Ferraro, p. 949).  Mutual violent control involves a pattern in which both husband and wife are controlling and violent (Johnson & Ferraro, p. 949).

According to Stith et al. (2012), “not only does the relational context of violence vary, but the characteristics of those who are violent are not the same” (p. 222). There is a growing consensus that there exist two types of male perpetrators: those described as “characterological” and those described as “situational” (Stith et al., p. 222). For characterological perpetrators, “violence is part of an overall effort to dominate and control a partner, and violence is not necessarily limited to the family” (Stith et al., p. 222). Situational perpetrators, on the other hand, “tend to be in relationships where there is more likely to be reciprocal violence and where violence serves to exert control over specific interactions, rather than as part of an overarching pattern of domination” (Stith et al, p. 222).

If there are different relational and characterological typologies of intimate partner violence, it follows that there should be corresponding diverse treatments.

Therefore, a systemic approach, working with both partners, would be the most appropriate treatment for situational couple violence, which is the most prevalent form of IPV. 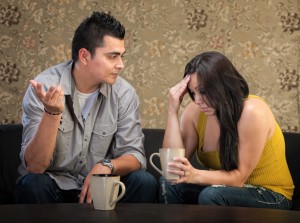 I would like to propose Gottman Method Couples Therapy as an appropriate treatment for situational couple violence. The typology of violence would have to be assessed prior to treatment and the potential for further violence monitored carefully throughout, but in cases of situational violence, where there is no “intimate terrorism” or a “characterological” perpetrator, I believe that Gottman Method Couples Therapy is appropriate and effective in the treatment of intimate partner violence, for the following reasons: