Why are We so Divided by Moral and Political Issues? 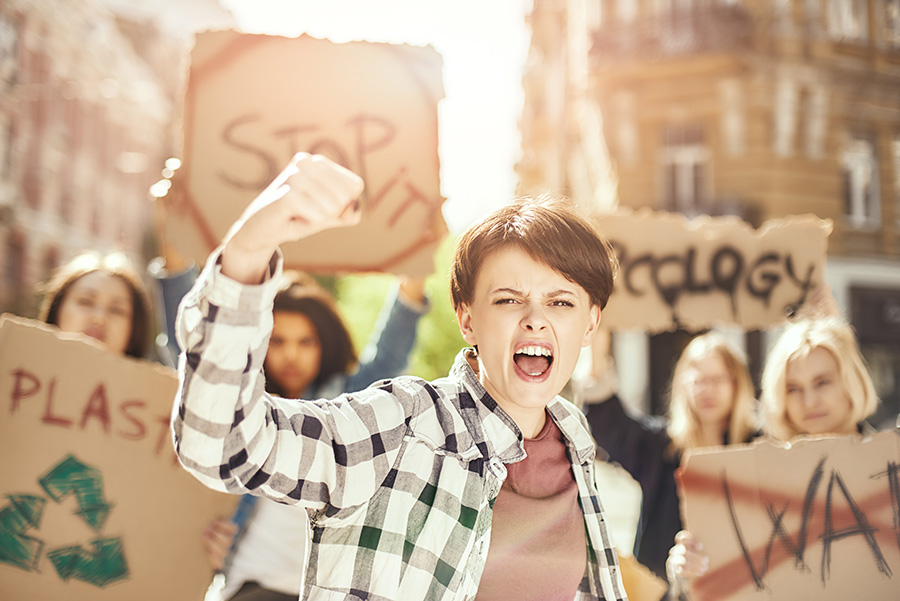 Pro-choice or pro-life? Pro-gun control or pro-gun rights? LGBTQIA-affirming or denying? Pro-immigration or anti-immigration? Left or right? Liberal or Conservative? Democrat or Republican? Why are we so divided by moral and political issues? To understand why, we would need to start with an exploration of our common evolutionary heritage. Fortunately, John Haidt (along with countless anthropologists, historians, philosophers, and moral psychologists), has done the groundwork for us in his book The Righteous

Mind: Why Good People are Divided by Politics and Religion (2012).

Haidt develops the analogy that the righteous mind is like a tongue with six taste receptors. According to Haidt, morality is like cuisine: it’s a cultural construction, influenced by accidents of environment and history, but it’s not so flexible that anything goes. Moral matrices vary, but they all must please righteous minds equipped with the same six social receptors. Haidt calls these receptors moral foundations. According to Haidt’s Moral Foundations Theory, there are six psychological systems that compromise the universal foundations of the world’s many moral matrices: Care/harm, Liberty/oppression, Fairness/cheating, Loyalty/betrayal, Authority/subversion, and Sanctity/degradation. Haidt’s research has shown that liberals and conservatives tend to value and prioritize these moral matrices differently.

The Care/harm foundation has deep evolutionary roots in the adaptive challenge of protecting and caring for children. Today, it has expanded to many more classes of vulnerable populations. The moral matrix of liberals, in America and elsewhere, rests more heavily on the Care foundation than do the matrices of conservatives.

The original triggers of the Fairness/cheating foundations are acts of cooperation or selfishness that people show toward us. When people show signs that they can be trusted to reciprocate, we feel pleasure, liking, and friendship. When people try to cheat us or take advantage of us, we feel anger, contempt, and even disgust. On the left, the Fairness foundation is expressed in terms of concerns about equality and social justice. On the right, the Fairness foundation is expressed in terms of proportionality—the idea that people should be rewarded in proportion to what they contribute, even if that guarantees unequal outcomes.

The Liberty/oppression foundation evolved in response to the adaptive challenge of living in small groups with individuals who would, if given the chance, dominate, bully, and constrain others. The original triggers therefore include signs of attempted domination. The current triggers include almost anything that is perceived as imposing illegitimate restraints on one’s liberty, including government (from the perspective of the American right). For liberals—who are more universalistic and who rely more heavily upon the Care/harm found—the Liberty/oppression foundation is employed in the service of underdogs, victims, and powerless groups everywhere. For conservatives—who tend to be more parochial—the Liberty/oppression foundation and the hatred of tyranny supports many of the tenets of economic conservativism: don’t tread on me, don’t tread on my business, and don’t tread on my nation.

The Authority/subversion foundation is based on the evolutionary role of authority in creating moral order. The current triggers of the Authority/subversion foundation include anything that is construed as an act of obedience, disobedience, respect, disrespect, submission, or rebellion, regarding authorities perceived to be legitimate. Current triggers also include acts that are seen to subvert the traditions, institutions, or values that are perceived to provide stability. As with the Loyalty foundation, it is much easier for the political right to build on this foundation than it is on the left, which often defines itself in part by its opposition to hierarchy, inequality, and power. However, in light of the January 6, 2021 insurrection at the U.S. Capitol, one would have to question the loyalty of far right groups to democracy and democratic institutions.

The Sanctity/degradation foundation evolved initially in response to the adaptive challenge of what Paul Rozin coined as the “omnivore’s dilemma”: omnivores must seek out and explore new potential foods while remaining wary of them until they are proven safe. Omnivores therefore go through life with two competing motives: neophilia (an attraction to new things) and neophobia (a fear of new things). People vary in terms of which motive is stronger. Liberals score higher on measures of neophilia (also known as “openness to experience”). Conservatives are higher on neophobia; they prefer to stick to what’s tried and true, and they care a lot more about guarding borders, boundaries, and traditions.

The Sanctity/degradation foundation evolved from the omnivore’s dilemma to the broader challenge of avoiding pathogens, parasites, and other threats that spread by physical touch or proximity (think about how this was activated during the COVID-19 pandemic). The original triggers include smells, sights, and other sensory patterns that predict the presence of dangerous pathogens in objects or people. The current triggers are extraordinarily variable and expandable across cultures and eras. A common and direct expansion is to out-group members, particularly toward immigrants. Plagues, epidemics, and new diseases are often brought in by foreigners—as are many new ideas, goods, and technologies—so societies face an analogue of the omnivore’s dilemma, balancing xenophobia and xenophilia.

The answer to the question of why we are divided by moral and political issues is not because some people are good and others are evil, but because we have taste receptors or multiple moral foundations and we tend to value and prioritize these foundations differently, as with taste. Therefore, to create greater civic dialogue, we need to expand our palate and consider the value of each of the foundations and interpretations.