The Science Behind the Gottman Method 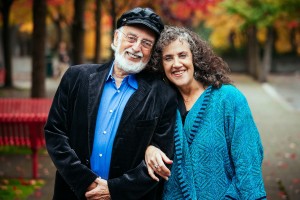 Gottman Method Couples Therapy is based on the 40 years of breakthrough research of John Gottman, Ph.D., on marriage and relationships with over 3000 couples, including one group for more than 20 years. He is world renowned for his work on relationship stability and divorce prediction, involving the study of emotions, physiology, and communication, and is the author of over 200 published academic articles and author or co-author of 41 books. About 20 years ago his wife, Julie Schwartz Gottman, Ph.D., a highly respected Clinical Psychologist and educator in her own right, encouraged John to put his research into clinical practice and to develop Gottman Method Couples Therapy.

Some of the questions John Gottman explored in his research over the past 40+ years have been:

Through his research, John Gottman not only gleaned which behaviors predict divorce, but learned to decipher what strengthens relationships; that is, what keeps a relationship stable and vibrant in our busy, stressful times. He learned that couples who stay happily married have everyday interactions with one another that are very positive. Secondly, the couples who are happily married are far less negative and more gentle in the ways they handle conflict. Through intervention studies, he learned that these were not just the effect of happy relationships, but also the causes.

The results of John Gottman’s studies are what form the basis of Gottman Method Couples Therapy and the workshops.