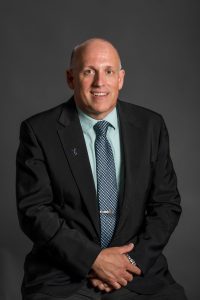 Michael Brown is a Licensed Marriage and Family Therapist, one of only two Certified Gottman Therapists in Northeast Florida, and a Clinical Fellow of the American Association for Marriage and Family Therapy. Michael became a Certified Gottman Therapist in 2014 and, since then, has become a Gottman Couples Workshop Leader and Clinical Trainer. He provides quarterly Art and Science of Love Weekend Workshops for Couples and clinical training in Gottman Method Couples Therapy for other therapists, counselors, and psychologists. He has provided clinical training in Phoenix, Arizona; Monterrey, Mexico (in Spanish); and Cambridge, Massachusetts.

Prior to starting a private practice, Michael worked with children, adolescents, parents, couples, families, and groups for 13 years in community mental health and substance abuse treatment. While working in outpatient adolescent behavioral health for Devereux Arizona, he developed and facilitated the 2009 Devereux Quality Star Award-winning Triple P – Positive Parenting Program. Michael then worked with the White Mountain Apache Tribe in eastern Arizona for 8 years, first in suicide prevention and intervention and then as Family Enrichment Coordinator, Clinical Coordinator, and Acting Clinical Director at the tribal substance abuse treatment center. During his time at the treatment center, in addition to providing individual, couples, and family therapy, he started and/or supervised various programs: the Fatherhood is Sacred and Motherhood is Sacred Programs, Parenting with Love and Logic, Parenting with Positive Discipline, a multi-couple treatment program for domestic violence and substance abuse, an annual couples retreat, a quarterly day camp for children of substance abusers, and a family workshop.

Prior to a career in mental health, Michael had 12 years of pastoral experience, primarily in Lima and the Southern Andes of Peru, but also with Mexican immigrants in Joliet, Illinois, and African-Americans in Chicago. He spent two summers working in El Salvador and wrote his thesis for his Master of Divinity based on his pastoral internship with the Office of Human Rights of the Archdiocese of San Salvador. He is Spanish-English bilingual and culturally sensitive and competent.